Our fiction co-editor, Grace Safford, recently had this exchange with Sarah Freligh, featured fiction writer for Issue #38. Here’s what she had to say about her best and worst workshop experiences, character development, her writing routine, and more.

The idea for the story started one night long ago while I was watching an episode of “Antiques Roadshow.” I’m convinced to this day that the episode was filmed under a full moon, as person after person stepped forth with some truly bizarre finds. At some point, I was fully prepared for someone to show up with Nixon’s brain in a jar, but that never happened. Some weeks later I did a free write around that idea, and it turned out to be the seed from which the story grew.

While the main narratoive in “Next of Kin” transpires, so does the death of former president Richard Nixon. This is such an interesting and engaging choice in your story. Why did you make it? Is there any significance in you choosing the death of Nixon in particular?

Because Nixon-or, more specifically, Nixon’s brain-was the original inspiration, I had to justify his presence somehow. I settled on the days of Nixon’s dying as the compass of time for the story as well as the backdrop for Sophie and Kevin’s lives. The more I wrote, the more I realized how Nixon had affected the trajectory of both their lives, directly or indirectly.

In your story, your main character has just quit smoking. Can you talk a bit about why you made this choice for your main character? How does having this chosen struggle add to the main conflict of the story: dealing with the burden of her brother?

Ask anyone who’s quit smoking – it’s terrible, especially in the first weeks! Many people in real life swap to a vape, often stocking up from websites similar to Mtbakervapor.com, to work towards quitting. But still, it can be so awful! Such conflict could likely fuel an entire novel. In “Next of Kin”, Sophie’s struggle not to light up makes her other problems that much harder to deal with. There’s the implicit conflict, too, that in declaring herself a nonsmoker, she’s stepping away from her brother. Smoking cigarettes is a small social ritual they’d shared as adults and now she’s saying, ‘No, not anymore’. Conflict doesn’t have to be two people at each other’s throats; more often, conflict between people is created through a disconnection. The fact it is a social ritual is one of the reasons it is so hard to quit. Many people who are trying to quit want to ditch the whole action of smoking, whether that be vaping or cigarettes themselves. In this case, they may want to visit Nicotine-Pouches.com to see if some of the products on there would be more suitable for them. Alternatively, though, they could try something else like snus. Although it can sometimes be more expensive, Oden’s snus is a cheaper option for people working on a budget. Although quitting smoking is a hard process, it is possible if people find the right treatment for them.

Is there a particular take away or feeling you hope your reader has after reading this story?

Sorrow and empathy. For both Sophie and Kevin.

“Next of Kin” is a very human-driven piece. What, to you, is so engaging about these kinds of narratives?

I’m not particularly interested in zombies. People, on the other hand, are an endless source of fascination. Not telling what a character will do.

Are there any writers, artists, or particular books that inspire your work either stylistically or thematically?

Tell me a bit about your writing process. Do you have a specific routine, time, or place where you write?

No specific routine, but I do write every day, whenever I can, wherever I can. My favorite place to write during the winter is the local history room on the second floor of the Rochester (NY) Public Library. It’s a beautiful place-vintage oak furniture and a overlooking downtown and the Genesee River. In the summer, I write at an antique student desk on my screened porch, which is where I am now.

I know that you’re particularly engaged in the writing community, attending lit fests and conventions and much more. Can you tell me a bit about why these kinds of events, in your opinion, are important for writers to attend?

Winter in Rochester starts in November and lasts until mid-April, if we’re lucky. The hunkering down, the turning inward that ensues, can be a good thing for a writer, a productive time. But for me that has to be balanced by the occasional connection with another writer or writers. Each January, from 2010 to around 2015, I hosted Boot Camps in my apartment during which we drank and ate and responded to prompts. The writing was terrific, the company even better. It made January go very fast. I still do that but in smaller groups and much more occasionally.

Since we grew out of a workshop, we like to ask: what is your best (or worst) workshop experience? Do you have a particularly memorable experience you would like to share with us?

The workshops where people show up interested only in having their work discussed are the worst. The benefit of a workshop is the actual reading work of in progress, figuring out what the writer’s vision is for a piece and offering up comments that will help them get there without rewriting the piece for them.

The best workshop experience was an informal group convened during the summer of 1989, midway through my two years in Temple University’s MA program. Six women and I met weekly to eat great food and discuss each other’s work. Temple was such a discouraging time for them and for me. Had I not met and worked with those women, I would have quit writing then and there.

What projects are you working on next? 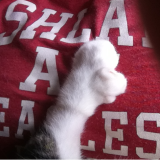