Fiction co-editor Kathrin Hutson recently had this exchange with Issue #39 featured fiction author Rosanna Staffa. Here’s what she had to say about her writing process, her playwriting background, her decision to write in English as opposed to Italian, her first language, and more.

What inspired you to write “How It Ends”?

The story started where it ends, with a visit to Maria Irene Fornes in a nursing home that affected me deeply. At home, I looked through the notes I had kept during her playwrighting workshop years back and they started the story. The workshop went on for many weeks, and it was disturbing in the most perfect way. What I thought of storytelling was subverted. My disquiet was not something to eliminate in order to write, but was allowed a central role.

In this story, I wanted to address the personal risk integral to a creative act. As Irene says in her program note to her play Mud: “We must take very delicate chances – delicate because they are dangerous, and delicate because they are subtle; so subtle that while we experience a personal terror it could be that no one will notice. It is danger that in my mind is very connected to what is truly creative.”

The protagonist resembles me and is distinct from me. But Irene is Irene. I wanted her presence to filter through the narrative even when she wasn’t there, which is still true in my life as a writer. She was an extraordinary mentor. This story is both fiction and nonfiction. I don’t see a clear distinction between the two, as with the act of writing we always speak our personal truth, even if the details are altered. When we stick to what happened, it is changed at its core anyway, as we observe it with a writer’s eye. As Lydia Davis says: “As soon as you select the material from your life, and arrange it and write it in a stylized manner, it’s no longer really identical to that life and that person.” What is authentic is the emotion that informs the writing.

Could you describe your writing process?

My writing is triggered by an image, a phrase. I’m not sure of the reason for it, and it’s this disquiet that keeps me going. I think inspiration comes down to paying attention, the delicate tension between what is there and what you see. Irene made us get off our chairs and move, do a little Yoga during the class, and Yoga is still a regular practice in my life. I revise and revise some more, but the first draft is my reference, as it has the electricity of an exposed wire. I want to keep a connection to that. I write every day, whenever I can. When I get disengaged, I look carefully at what I wrote. I feel it’s a way for the story to tell me I have not found its center or have lost it.  When the torment of a little crush on my characters kicks in, it’s hard to stop. As Rachel Cusk puts it in Outline,“I mean, you never hear someone say they wanted to have an affair but they couldn’t find the time, do you?” Each story has its own language and rhythm, a density or lightness in the telling specific to it. I feel like I have to learn to play a new instrument to capture the particular tune in my head. I pluck this cord and that cord higher or softer, mostly doing it wrong, but I keep going and slowly I figure it out. By the end, it’s like drinking and talking with a friend by candlelight. However inexplicable, being done is an unmistakable physical reaction.

What writers inspire you?

Rachel Cusk, Lydia Davis, and Maggie Nelson are favorites, along with Valeria Luiselli and many others. I often return to the stories by Grace Paley, whose fierce authenticity reminds me of Irene, and Sleepless Nights by Elizabeth Hardwick, a writing that affects me almost physically. John Berger and Susan Sontag are thinkers who have been great company.  I respond to painters, Joan Mitchell and Stuart Shils in particular. I often return to Morandi. Through painters, I developed a taste for flash fiction, a pleasure in the beauty of a telling fragment. Music inspires me, but I need silence when I write, aside from the rustling of life outside. Music is an otherwise important presence in my life. Memory is a strong component of “How It Ends.”I wrote with music in mind. I find a beautiful instability in jazz, riffs, and staccato and accelerated moments that to me reflect the way memory works. The weather in the Midwest was present too. It is sudden drizzles and wind, then flashes of sun and silence.

When I was a child in Italy, I wrote a story where dolls wanted to experience life outside of the room they were confined in and plotted an escape. One night, after the little girl was asleep, they climbed onto each other’s shoulders, and out the window they went.

How did “How It Ends” evolve as you worked on it, especially the ending?

Every new work feels like approaching a skittish horse, and this was a mighty one. It was an important story to me, which made me feel equally vulnerable and daring. There were elements I wanted to bring into focus. The colleagues in the workshop started like miniatures, rustling about without a word. The play the protagonist was writing asserted itself as a vital part of the narrative with each new draft. When I started feeling disturbed by the story, I knew I was on the right path.

The trust of Robin Lippincott in this story, which started in his workshop at Spalding University in Rome, was central for me to keep working on it. The ending is the core of the story. It remained almost unaltered from the first to the last draft, but it acquired a luminosity and strength by reflex when I revised the rest of the story, each time bringing it closer to my intentions. The titles are usually temporary, safety pins holding the fabric so I imagine the dress. But this one stayed.

“How It Ends” centers around the main character’s experiences in a playwriting workshop and how she processes her life changes through this medium and her relationship with “the mentor.” You yourself have also written plays and had them performed on stage. How does writing for the stage compare to writing fiction? What are your favorite aspects about working in each of these mediums? How do you choose one over the other?

Like writings short stories, flash fiction, and now novels, writing plays to me is just another way of telling a story. I’m fascinated by character voice in all mediums. It’s the narrative itself that nudges me towards the most appropriate medium. The incantation created by writing stories or by the movement of bodies breathing and talking on a stage are equally powerful. Both theatre and fiction are now fluid mediums. Dance and poetry have found their way in plays, and fiction has been experimenting with the form. Plays are in the present tense, and the characters on stage might all be unreliable narrators, but so could they be in a novel. The true difference is that fiction uses only words. No lights, sets. Just words. I’m amazed by the fact that, ultimately, that’s all we have. I chanced upon American Steel, with work by the sculptor John Bisbee: ordinary objects made exclusively with nails. His pieces are both precise and haunted, addressing the direction in which this country is going. Just nails. It’s fabulous.

After reading “How It Ends”, it may surprise our readers to know that English is a second language for you. What pulls you toward writing fiction in the English language? With a Ph.D. in Modern Foreign Languages, I imagine you are also fluent in more than Italian and English. Do any of these other languages call to you in particular ways when it comes to your work in fiction and/or playwriting?

I started writing professionally when I came to America. I find an intense, chiseled beauty to English. Writing in English felt wonderfully adventurous, like skipping stones in a river. That sensation has never left me. I always was and still am an avid reader, which helps. There is an alluring charm to the fact that the language I use daily still retains an elusive quality. It’s not simply a question of grammar and syntax. It’s a different vision of life.

I was enchanted by Russian authors; they spoke of life like nobody else did, of things I did not quite understand then and wanted to understand. Illness was in my life, the breakdown of a known order. Chekhov knew. There was a density to the language, which unfortunately I don’t speak anymore, the force of the large questions, especially in plays, the inescapable dreariness of life and the necessity of desiring more, different. Strong emotional traces tend to find their way back, and I very much hope that a reverberation of all this filters in my work.

I would say it is loss. “Absence, the highest form of presence.” – James Joyce, A Portrait of the Artist as a Young Man

With a portfolio of written and published works under your belt, which of your fiction pieces is your favorite? Which of your plays? What about these works stands out to you above the others?

The beloved child is always the bad kid, as undisciplined as a wild cat. It keeps me up at night, mocks the rules, argues, and slams the door. The favorite is the new writing that puts up a mighty fight but won’t leave.  My play ADA about Ada Lovelace, only daughter of George Byron and inventor of the first computer program, has a special place in my heart—a woman scientist, who died vilified and thinking she had failed. I also love to have on stage the rapturous energy of original minds igniting each other: Byron, Ada, Darwin, Babbage, and Lewis Carroll, unsafe and undaunted.

I finished a novel, The War Ends at Four, about the weight of World War II on a Neapolitan family in Milan, and a new one is taking its first steps. A short story too. My short stories are finding a home in different literary magazines, and I’m compiling a collection. I’m delighted to be in Mud Season Review. 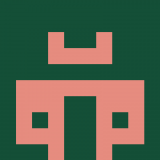 Rosanna Staffa is an Italian born playwright and author. Published by The Sun, Tampa Review and New
Rivers Press Anthology, The Best New Writers Vol. 15.among others. She holds a Phd in Modern Foreign Languages from Statale University in Milan and an MFA in Fiction from Spalding University. Her plays have been seen on stages in Tokyo, New York, Seattle, Los Angeles and Minneapolis. She is a recipient of a McKnight Advancement Grant, a Jerome Fellowship and an AT&T/On Stage Grant. Her plays are published by Smith&Krauss, Heinemann and the University of Minnesota Press. The Innocence of Ghosts is included in the Lincoln Center Theatre on Film Library. She is an Affiliated member of The Playwrights’ Center in Minneapolis.