Poetry co-editor Candelin Wahl recently had this exchange with Issue #42 featured poet Alexa Doran. Here’s what Alexa had to say about being a feminist, the art of Leah Dockrill (her artist pairing), women Dada artists, and more…

First, we want to dive into the “Mother Darling” poems we recently published in Mud Season Review. You’ve written and published a number of poems inspired by J.M. Barrie’s Peter Panstory. In this particular set, the bereft and grieving mother rings so true emotionally. Please talk about how you selected her as a subject, and what it took to find her voice in these persona poems?

Well, I’m really just battered by time. It haunts me. And Mother Darling is the sound of me skidding against time. She’s all my greatest fears playing out at throat level – losing my child, my sanity, my youth, my sense of self – her voice is the lyrical thrashing against all these inevitable losses. I let Mother Darling feel all the feelings my Puritan upbringing won’t let surface and so, essentially, her voice is the one that got buried in my childhood. I chose Mother Darling in particular because her loss is so huge-all three children gone in one night! -that something in me needed to try to understand what it would feel like to navigate that plateau of emptiness.

Each poem offers up a different mirror view of Mother Darling’s tragedy. She “Visits the States” and “Decorates the Christmas Tree.” She even “Joins Mums-Meet-Up-Online.” Your language sucks us right into her grief, yet has its own grim humor. Can you talk about how these poems took shape, how you arrived at their inventive diction and word choice? For example, your choice to turn “lace” and “hole” into verbs in these lines:“I log out and let their voices lace in my wake/let their absence hole another/throat in the honeycomb I’ve built to shape/the parts of me words will never taste”

Yes! Each poem is essentially a different escape – whether it’s a physical escape, like to America, or a digital escape, like going online, or a mental escape, like smoking a spliff, there must be a reason some medical marijuana patients believe smoking a joint isn’t rocket science but more of an art! This wide variety of escape routes leads Mother Darling to be able to dip into all different modes of diction – another attempt on my part to show how multitudinous and varied Mother Darling’s effort is to survive. And yes, as you point out, Mother Darling will often use the verb version of a noun – this is because she is desperate to see what is currently static come swinging into motion.

We follow you on social media @realLEXcalibur. In fact, one of your followers said this about “Mother Darling Visits the States:” “I love the way you rhyme and terrify!” Was this your intent in these poems, and could you say more about calling yourself a “lyrical gangster” in your bio profile?

I’ve always believed that the sound of an exceptional poem can work on you like a drug, so as far as “to rhyme” my goal is always to manipulate the sound to an almost medicinal level, to shift your aural consciousness. As far as “to terrify” I can’t say that is always my main objective, but certainly part of the hope of Mother Darling is that we can find someone to join us in our horror, if in nothing else. The backstory for my “Lyrical Gangster” label is simply that I am stuck in the 90s and enjoy the idea of someone humming along to “Here Comes the Hotstepper” when they think of me.

You’ve mentioned Anne Sexton and Jack Kerouac as poets that greatly inspire you. Can you point to elements in the Mother Darling poems that reflect their influence?

Anne Sexton is all up in there, baby! Due to her struggles with mental illness, Anne Sexton had to spend a fair amount of time living without her daughters. Many of her poems deal with the gulf between mother and child, with the inherent loss that comes with being a mom, and with the absurd pressures of motherhood. Mother Darling is trying to parse many of these struggles out using the same tools as Sexton – metaphor, religion, etc. Kerouac is probably only there in the jazzy rhythms… and her openness to experimentation.

Your website incudes a photo of your toddler son wearing a onesie bearing these words: “This is what a feminist looks like.” Can you talk about feminism in your poetry, and how it’s changed or expanded since you became a mother?

I hope feminism is always there in some shape or form in my poetry. My experience is that most people want to stomp it out of my work. I have one professor who always wants me to yank the word out, like it’s the cavity keeping my poem from its Colgate smile, and another professor who thought the speaker of my poems should be more “self-deprecating.” As of right now, I am saving their advice for a rainy day. I’m just so excited about it!

When I moved in with my son’s father his roommates whispered to him “Dude… I think she might be a feminist,” as if he should be aware of my disease.  But I have learned to delight in this label, and after having my son, I am even more vocal about my stance than before.  I haven’t had the greatest experience with men, and there is something gorgeous and empowering and downright fun about raising a man to be respectful, and an equal to, women.

Since you also write ekphrastic poetry, I’m interested in your response to the artwork selected by our Mud Season ReviewArt Editor to accompany your poems. It’s called “Style Central,” by Leah Dockrill (collage on canvas).

I am floored by the fit. The collage aspect reflects Mother Darling’s thought process – a constant re-amalgamating of the world around her. The brunette featured in different poses and experimenting with different expressions reveals Mother Darling’s quest for a central self, a central narrative to hold on to. This effect is further heightened by the ghost-like versions of her rendered only in black in the background of the picture, this seems to hint at two things, a former version of her, and an inner version of her, both of which mirror Mother Darling’s every move. The disembodied hand works perfectly to reflect Mother Darling’s confusion about God and her role as a woman. Also, the poinsettia red makes me connect the collage to the Christmas poem in particular.

Speaking of art, you write about women Dada artists, such as Emmy Hennings. How did you discover this genre, and what makes it hold your creative attention?

It was Emmy who first caught my eye. I found one of her self-portraits and from there I discovered a whole slew of Dada women (Hannah Hoch, Suzanne Duchamp, Sophie Taueber) whose self-portraits are rather plentiful and always bizarre. More recently, I’ve been focusing a lot on their Dada Dolls – these really just downright creepy puppets that they all made, and how those dolls fit into their roles as creator/mothers. I like the questions their work asks, and I suppose that’s why I keep going back.

It’s refreshing to meet a poet who keeps her focus on a few subjects. How did you decide to “specialize?” Was it by happenstance, or a more intentional direction? Is exploring a few selected subjects something you’d recommend to other poets- why or why not?

Right now, it’s just a result of falling in love. I’m in love with Neverland, and Mother Darling, and my son, and women that wanted to rip apart and reassemble the world in the 1920s. Yes, I recommend writing about what keeps you up at night. Anything else is a waste of time.

Mud Season Review grew out of a writer’s workshop. As an MFA grad, we assume you’ve participated in workshops. If so, would you share an experience that stands out for you? (positive, funny or not-so-much)

My experiences with workshop have certainly run the full emotional gamut…however my most resonant workshop experience was in Nina de Gramont’s fiction workshop at University of North Carolina Wilmington. Given my past publishing history, it’s obvious that poetry is my lane, but in this instance, I had swerved and found myself in new territory. I brought a piece to class that was “hybrid” at best – it was sectioned into parts of the body, and under each heading (“neck” “mouth” etc.)  I had written a prose poem that related partly to a romantic narrative and partly to the body part in question. The class’s reaction swayed somewhere between confusion and annoyance.

After a few awkward attempts to pin down the piece’s genre, my professor leapt to the board, asking the class to make a list of all the information that they found clear. For the next forty minutes, she bounded from one side of the board to the next, scrawling down little bits of info from the text and creating an elaborate map of the narrative contained in my otherwise obscure piece. The guy next to me leaned over to me at one point and whispered, “Remember this moment – there are very few times in life when you will find someone this engaged with your work.” And that, for me, is the magic of workshop: we find out things about our own work we could never have gained purely from introspection, and we are given an opportunity to have our work truly engaged with, more than just read. 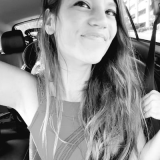