Summertime 1898: A group of 200 Ute Indians traveled from their Utah reservation to their ancestral hunting grounds of western Colorado. The newspaper reported they journeyed there “to hunt a moon”—or a month long period. To enforce the new state’s forestry laws protecting wildlife, the US Army was called in by the local game warden. The Ute hunting party conferred, and with the intimidating threat of US soldiers looming, the Ute acquiesced, and were escorted under armed guard back to their reservation. After almost 9,000 moons, this was probably the Ute’s last hunting party on their native lands.

To Hunt a Moon Series is composed of recent wintertime photos of Colorado ranch lands and mountains. They are paired with vintage moon maps, NASA’s moon cartography files, and Apollo photo archives. Summertime lasts about three moons at this high Colorado elevation. The rest of the year the lands are covered with snow resembling a lunar landscape. Standing on the Moon and staring up at the 12,000’ of Mt. Hadley, one of the Apollo astronauts radioed back to Houston saying, “This reminds me of skiing in Squaw Valley.”

The images of this series are arranged, grouped, and collaged together melding the form and contours of the lunar topography with the snow covered hills and cattle pastures of Colorado. Purposeful color shifts and imprints of fencing straddle and blur the line between the lunar and the terrestrial. Barbed wire, split rail, and electric fences etch dark lines that roll for miles through the stark snow white blanketed grazing lands. They clearly define the property boundaries parsing up the landscape that demarcate land ownership—all backed by a deed on paper—a legal construct very abstract to the native peoples of just a 120 years ago.

Despite protests of Native Americans and conservation groups, in the fall of 2017 the federal government took steps to shrink the size of Bear’s Ears and Grand Staircase-Escalante National Monuments. An area the size of Connecticut will become open to mining, logging, and other commercial enterprises. 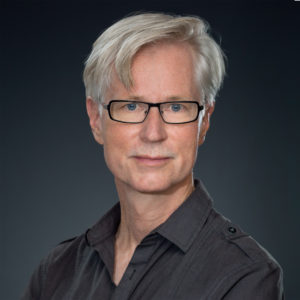 Jeffrey Heyne was launched three years after Sputnik, bought his first camera when eight, practices architecture sometimes, and imagines photographic stories all of the time. His various bodies of work are a search for narrative based on subtextual readings of disparate images and concepts. His subject matter has ranged from studying Barbie’s proportions and reanimating the motion of Muybridge photos, to reevaluating Renaissance paintings of the female form as seen through the male gaze. Jeffrey Heyne’s photography is represented in the collections of the Fort Wayne Museum of Art, Boston Athenæum, Boston Public Library, Fidelity Investments, Boston Properties, Marriott, and Compaq Computers. In 2008, his “Madison Ave. Mannequin Series” was featured in the movie 21, the story of MIT students cheating Las Vegas blackjack tables.