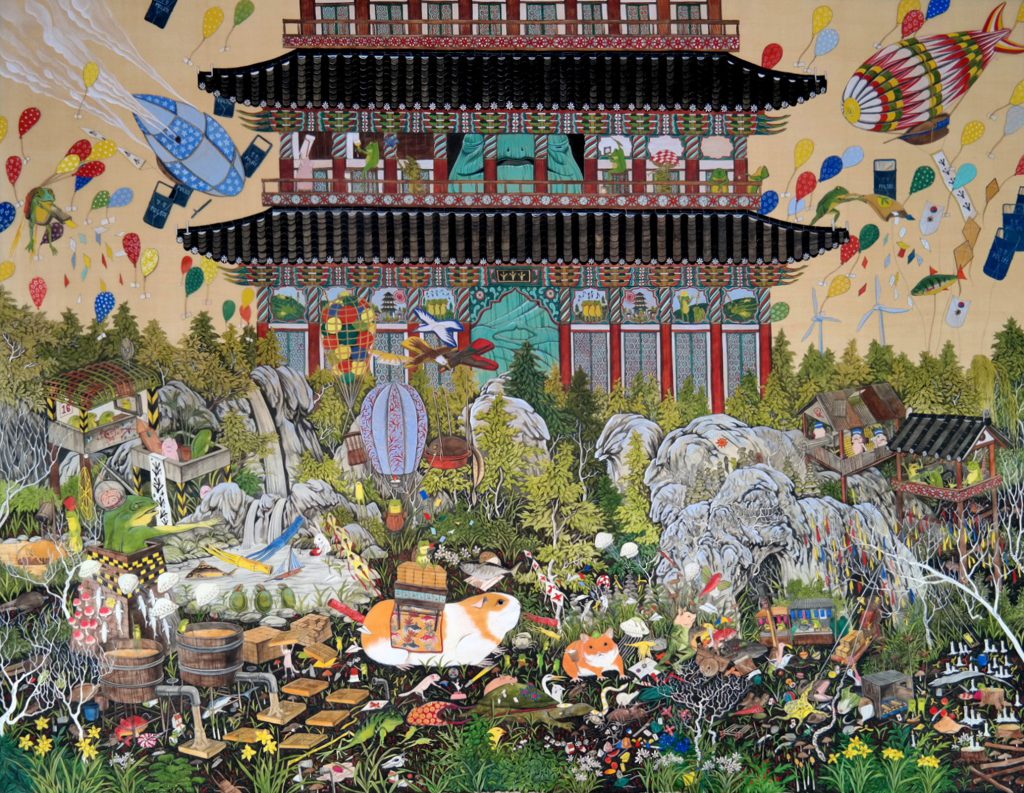 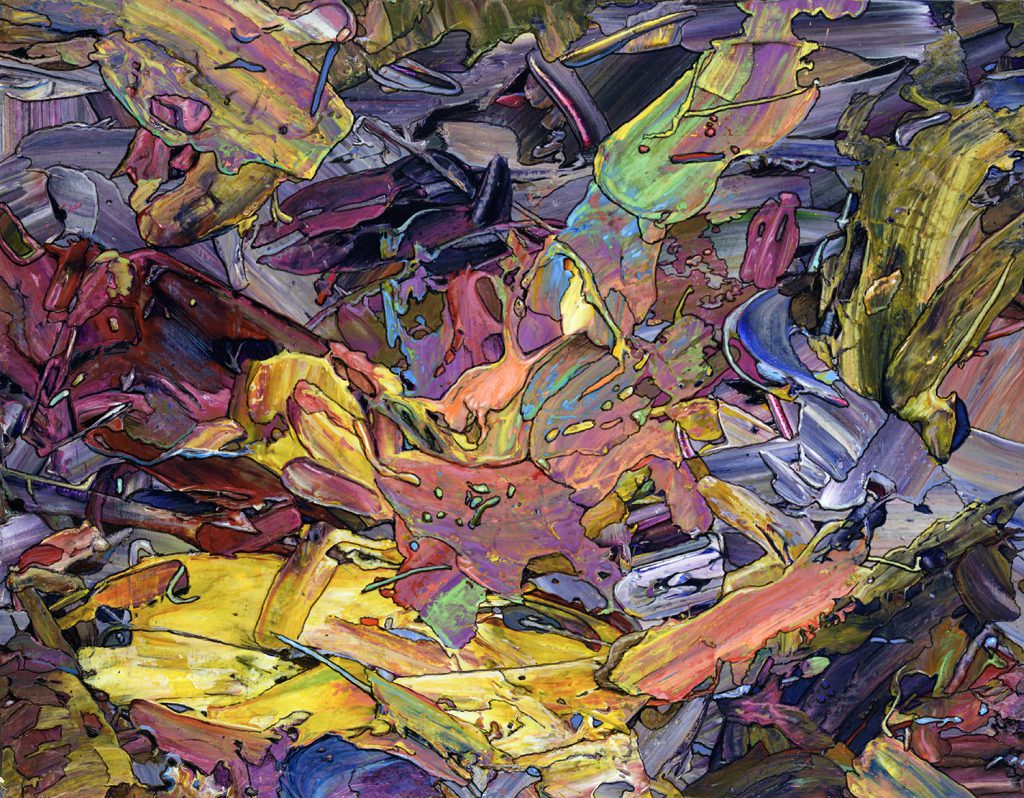 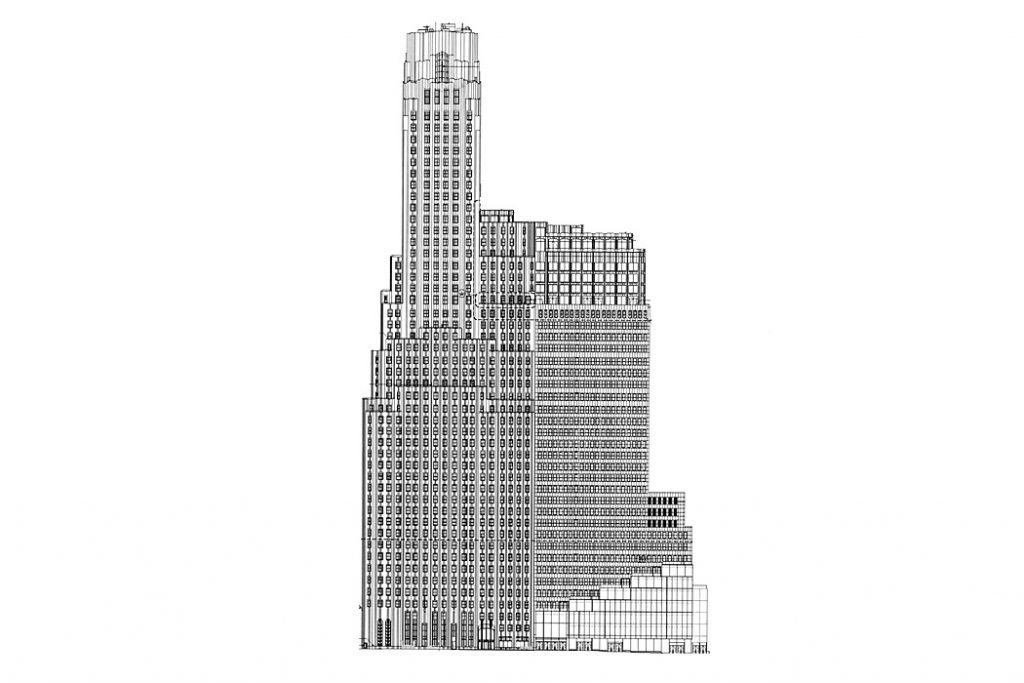 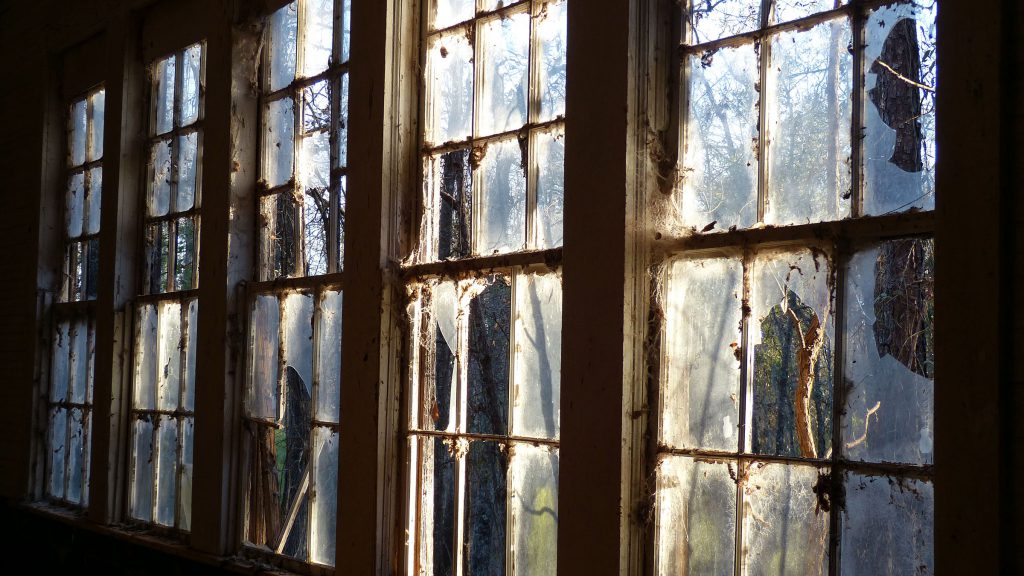 Our featured artist Hun Kyu Kim creates his paintings not only as a means of personal expression, but as a way to grapple with larger issues in global culture and politics. He uses traditional East Asian artistic methods and materials, silk canvases and oriental pigments, and also draws heavily on ancient East Asian imagery. Personal memories, fables, fairy tales, archetypal symbols and metaphors, and historical moments are all mixed together to create large images that contain hundreds of tiny details in conversation with each other. You could stare at one of his paintings for hours in contemplation of what’s taking place in the scene before you.

Robert Rothman’s poetry is similarly rich in detailed imagery. In “FORDING A RIVER ON HORSEBACK AFTER HEAVY SNOW-MELT,” he focuses on the specific moment of horse and rider crossing a river, and in the same way the experience itself would be arduous and drawn out, Rothman makes sure the reader will become lost (or perhaps frozen is a better word) in the language describing it: “riding the slow / undulations, lifting and dropping, legs pressed / to the electric creature.” When you are finished immersing yourself in this powerful wintry scene, there are two poems that will take you, with the same musicality of language and dimensional depth, into moments of warmth and security – “BLACKBERRIES” and “MAY 3RD.” In “BLACKBERRIES,” the speaker picks and consumes blackberries until they are “Nicked, pricked, cut and // slashed, tattooed in blood the same deep shade / as the plunder.” Though they may be covered in wounds, all that matters is their full-body satisfaction, built up over 15 dense and delicious couplets.

The short story “Here, There Be Dragons” from our featured fiction writer Jillian Merrifield centers around art and imagery as well. In this case, it’s architectural art – the narrator, Simon, is asked to create blueprints of an apartment. Though in part he understands he is being asked for more traditional renderings, Simon, who also has an interest in more creative artistic expression, can’t help “fictionalizing” the blueprints, even sometimes to the point where they contain mythical creatures like dragons. In a way, these experiments call to mind the antics of a peacock or similar animal showing off for a potential mate, as Simon lusts after the woman who lives in the apartment. But there are also clear moments when he forgets any purpose other than creating the art he feels compelled to create, when it is apparent that making these wild alternate realities is all he can do in order to keep himself afloat in his life. Without this “invitation to explore the merely guessable worlds,” he is stuck in the world of reality with people and responsibilities he can barely tolerate.

This realistic (and sometimes intolerable) world of responsibilities gets a full fleshing out in Lynne Feeley’s creative nonfiction piece “The Measurer of Ruin.” Feeley writes about her father and grandfather and their markedly different experiences working in the insurance business. While an insurance company prolonged her grandfather’s life by providing him with a job and benefits that allowed him to look after his health, the same industry wore down her father’s health and happiness with its stressful demands. In her father’s world, insurance was a much more punishing force, the cause not just of his own struggles with poverty but of the struggles of most of his clients. The essay illuminates the slow, infuriating way the insurance business chips away at people who are already struggling financially, leading them toward “ruin.” But it also casts a light on the goodness of people – their willingness to break rules to help each other, their gratitude and generosity, their reciprocation of favors – and how that goodness instills a strong connection to the community that never goes away, so that the same people who have labored all their lives within a corrupt system are nevertheless left “laced with nostalgia” for the past.