Our poetry co-editor, Erin Post, recently had this exchange with James Reidel, our Issue #13 featured poet. Here’s what he had to say about the nature of the compact between writer and reader, his work as a translator, and the prose poetry he’s working on now.

What inspired you to write these poems?

A sense of duty and purpose inspired me, that no one else would write them. The task just fell on me.

What do you hope readers take away from them?

I see my work as scripts that an actor might read. I almost never read my work in public because I intend my poems to be read by others, to provide them with their own theatre. I submit myself to others in this way. That said, I am remarkably comfortable reading the work of others, translating it from English, German, and any other language I can manage.

How does your work as a translator influence your approach to writing your own poetry?

I translate a lot of German expressionism and, more recently, Thomas Bernhard’s reprises from the 1950s. Not much of that gets into my work. Expressionism doesn’t complement by sense of irony or humor. But it is, I think, some of the black gesso underneath my layers of social commentary, personal observations, mythology, autobiography, performance, play.

Could you elaborate on what you want from readers, as readers of “scripts”? Do you expect them to interpret or resolve the poem in some direction?

If the piece tends toward the abstract, then its meaning, sensibility, value, even canard shift to the reader’s chair in the circle. Naturally, I might be pleased to hear something from them like the meeting of the minds. And I might be surprised—or even horrified—to find that they have found a better direction or a better meaning than I intended. That said, I think I am still hardwired to have some beginning-middle-end running through even the most lyric work. I like the idea, too, that we read something and are uplifted, even if that means only halfway out of the intended devastation a very dark piece might achieve.

Prose poems. I write a lot of prose, mostly nonfiction, and often very dense with a paragraph going on for a page or more in some cases. I like how a poem behaves when it is dressed as prose—and it is a solution, too. Quite a few of my prose poems start off as unsatisfactory verse poems that, after some revision, become successful prose poems—or flash fiction when I trick the flash fiction people into thinking that is what they are reading.

How would you characterize the difference between a prose poem and flash fiction? Between a poem in verse and a prose poem? What do you feel you gain that compensates for the loss of line?

I associate flash fiction with the decline in attention spans, much of due to the competition for our attention and our bad habits—messing with iPhone, hitting on Facebook, that kind of thing. But, thinking with a Venn diagram, there are a lot of similarities between a prose poem and so-called flash fiction, the latter being a kind of rebranding that depends on the eye of the beholder. I would think prose poems should be somewhat more abstract and limited to the voice—that is, character free. I saw that in editing a book of Kees’s fiction. He began as a solid short story writer and segued to a very skillful lyric poet. But nowhere between those two poles is anything like flash fiction per se. He did write short story sketches, which he gathered together. That gathering made them rise to something more. But you could say the old short story sketch is just the old name for flash fiction.

Loss of line? I think you may mean line break. A prose poem’s breath pause is in its diction and punctuation. I often find that as interesting as where to break a line, which is nothing but a kind of invisible punctuation mark and often redundant. A line, too, is a convention, especially for free verse. It tells me I am reading a poem, or the simulacrum of a poem.

You are only real to the extent that you can write one line after another.

Could you describe your writing (creative) process, and how you approach revising?

For both processes, I recommend a long walk in the woods alone. It winds the spring physically and mentally. Ensures that even one’s distractions contribute to concentration.

What poets have been important to your development as a writer?

The late James Tate and Georg Trakl for the possibilities of fusion, absurdity in/and despair. Weldon Kees, of course, for the American experience. Berryman for freedom. Plath for her workmanlike habits. Franz Werfel for the sacred and profane …

What role does poetry play in the world? Why is it important?

Roles are for theatre. I don’t know if it is important in the usual sense of the word (is it useful, does it improve us, does it bring in a lot of people and fame, does it foster community, faith, can I spend it somewhere, monetize it with a reading fee, etc.?).

I recall the NEA’s Dana Gioia’s insistence that “poetry matters” and the sheer materialism of how that sounded. I recall Joseph Brodsky’s plans—when he was poet laureate—to put together an anthology of poetry and distribute it in hotel and motel rooms like the Gideon Bible. Where are those bibles consigned? To the darkness of their drawers.

I only know poetry is important, has this role—let’s use the word real instead—to the extent that I write, translate, and read poetry and that you have asked me these questions, that there was someone there to ask. And this presence is not limited to me.

I have no good or bad memories of anything I would call a “workshop experience.” But it seems memory would be important to such an experience. I recall Stanley Kunitz telling me about the virtues of keeping index cards about everything, for the act of writing down something helps you to remember and file it away in the right place. But to answer your question, I just remember hearing the word “unresolved” or some permutation of it. Well, that’s the neat little insight a lyric poem is supposed to deliver and I really wanted to deliver much more. You see, Kunitz showed me his box of cards. He carried it with him to class sometimes. If I had spilled it, it would have been all over the place. 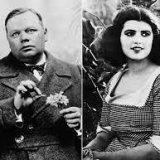